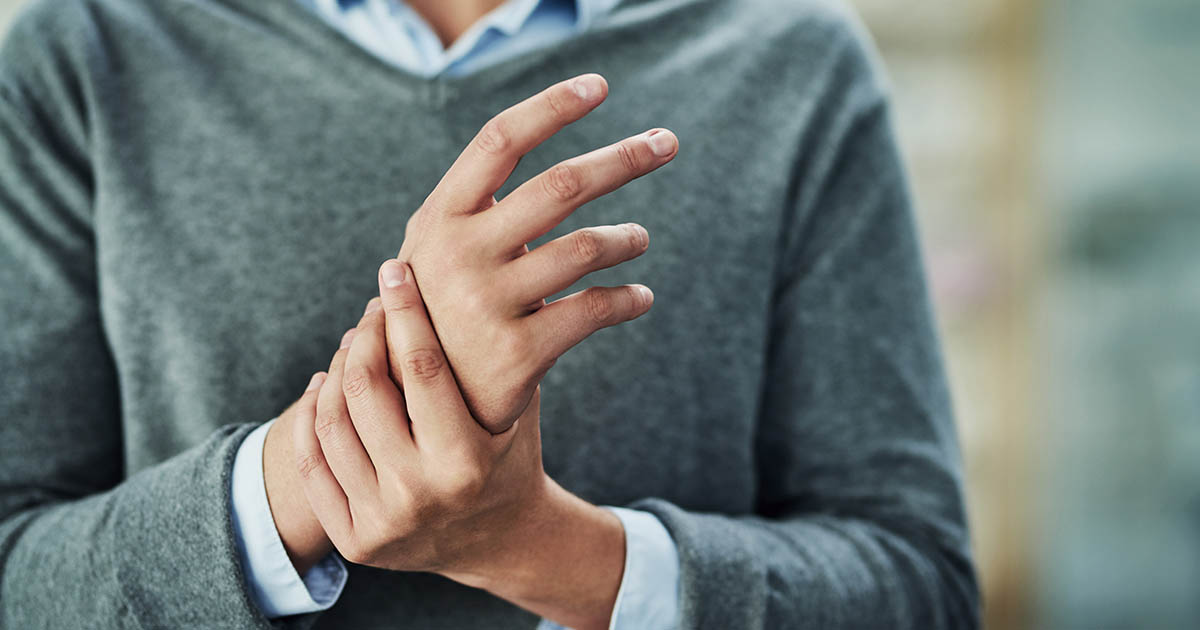 Of all the possible symptoms of multiple sclerosis (MS), I'm lucky enough not to suffer too badly with tremors.

I do have the occasional issue with my legs when I've been sitting for a while, and I transfer onto my scooter though. Sometimes one, or both, of my legs will wobble uncontrollably, and it's necessary to slap my hand onto the offending leg to stop it shaking.

My tremors can make me feel self-conscious, but it's only ever happened to me at home. So far, so I've been spared the embarrassment of a public wobble!

What Is a Tremor?

Tremors are a shaking or trembling movement you're unable to control. Usually, they consist of side to side shaking that is rhythmic, but they can also be unpredictable and irregular.

They can be either "fine" small movements or "gross" larger movements.

When I think of tremors, I associate them mostly with Parkinson's disease, where the tremors are constant, leaving the sufferer unable to eat, drink, or write unaided. I remember watching Mohamed Ali holding the Olympic torch while it seemed like tremors gripped his whole body. It must be a frustrating and disabling symptom to live with.

Unfortunately, it's not uncommon in MS either, and some of us experience constant tremors like Mohamed Ali or sporadic, unpredictable tremors like I described above. They can attack us anywhere, so for some of us, our legs can be affected while others have tremors in their hands, feet, or arms.

For many MSers, these tremors occur mainly at night, causing difficulty sleeping or staying asleep.

What Causes Tremors in MS?

Tremors are caused due to damage in the myelin, the protective coating around the nerves. Damage in the area of the brain called the "cerebellum," and the nerves leading to and from it can cause a tremor in MS. The cerebellum controls your coordination and balance, smoothing out the movement of your limbs, eyes, and speech. Damage to other areas of the brain that controls movements can also cause tremors such as the thalamus and basal ganglia.

As with other symptoms of MS, tremors can come and go, be progressive or be as a result of a relapse which you may fully recover from.

How to Cope with Multiple Sclerosis Tremors

Tremors can be difficult to manage, and there is no single approach that works for everyone. Managing tremors will depend on the severity and frequency of the tremor, and how much of an impact it's having on your life. My tremors are infrequent and short-lived, so I don't have any treatment at the moment.

You May Also Like:How to Cope With MS Numbness and Tingling
Related Search Topics:

It's not clear exactly how many people with MS suffer from tremors, but it's thought as many as 60% may experience this symptom at some point.

Part of the unpredictable nature of MS means we never know when something like this may occur so talk to your health care team if you're finding tremors challenging to live with.