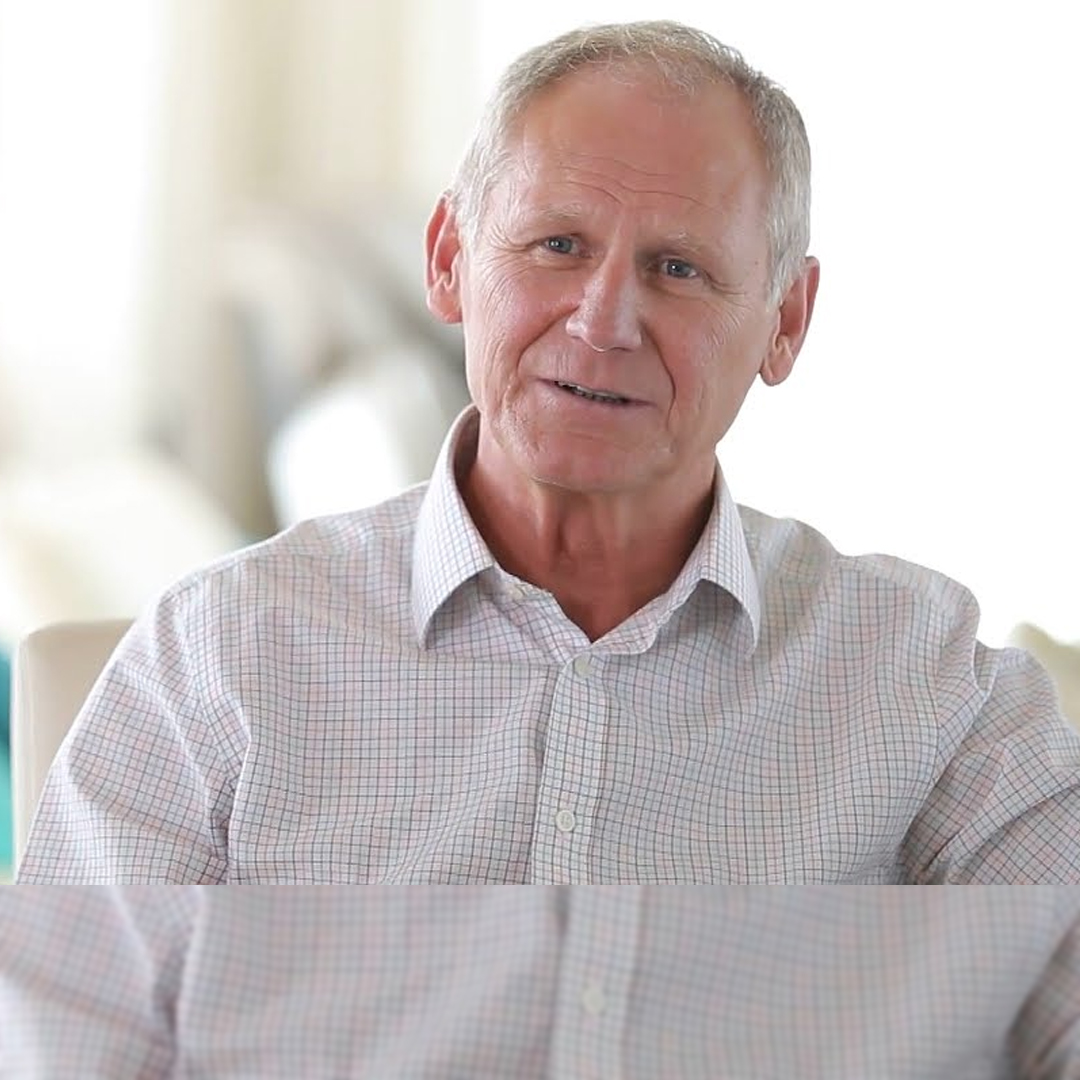 Fact: OMS accepts no funding from the pharmaceutical industry

In the emotional prologue of his book, Professor George Jelinek describes his mother’s death.

“The insidious tentacles of multiple sclerosis had taken 16 years to pull her down, but they couldn’t beat her in the end.

“Mum had chosen to take her own life rather than get any worse, rather than be completely degraded.”

Memories of his mother’s struggles with disability, suicide attempts and eventual death came flooding back to Professor Jelinek when he was diagnosed with MS in 1999.

“I relived the gradual deterioration, the descent into paralysis, the indignity of urinary catheters and bedpans, the loneliness and frustration.

“And it was going to happen again. To me.”

Or so he thought. Seventeen years on from that diagnosis, the Australian doctor and father of three says he is “dramatically healthier” than he was before he developed MS.

“At 62, my diet and lifestyle are such that I am as fit and healthy as I have ever been in my life, but more importantly, my life is in balance and I feel that it is authentic,” he told NewLifeOutlook.

What spurred you to publish your book Overcoming MS? Why was it important for you to share your findings with as many people as possible?

It comes from my experience of growing up as a boy with my mother deteriorating to the point of being bed-bound and unable to care for herself. My mission is to prevent that happening again wherever I can. 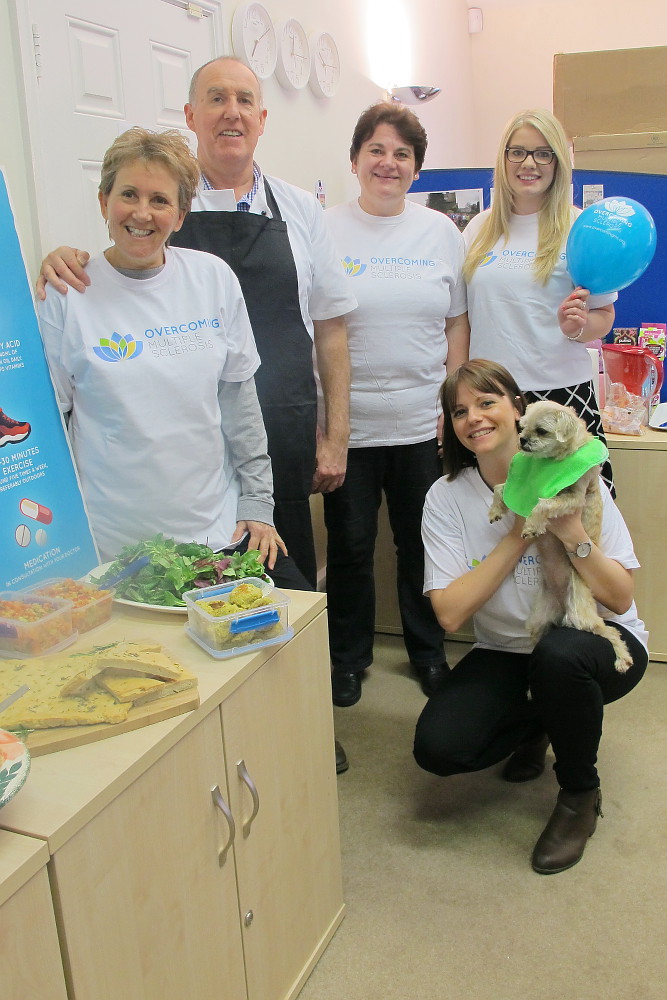 How is this possible? After an initial period of grief following his diagnosis, Professor Jelinek began to do some research. Reading through the medical literature available on MS, he was surprised to learn various studies had found diet and lifestyle changes could make a big difference to how healthy MS patients were.

Based on these findings and his own research, he published a book, originally titled Taking Control of Multiple Sclerosis but later updated to Overcoming Multiple Sclerosis, outlining a way for MS patients to modify their diet and activity to improve their health.

Many people within the MS community have found the book and its suggestions helpful over the years, so much so that Overcoming Multiple Sclerosis (OMS) has become a not-for-profit organization headquartered in London, England and also operating in Australia and the United States.

The main points of the OMS approach are:

I suspect it took someone in my unique situation, an academic physician diagnosed with MS after watching my mother's deterioration, to ... realize that there was indeed something that could be done about the progression of this disease.

“We’re very careful to say this program is not a cure and it’s not a panacea, but it is scientifically researched and evidence based,” says OMS marketing consultant Alex Twersky.

“We’re very careful to say this program is not a cure and it’s not a panacea, but it is scientifically researched and evidence based.” – Alex Twersky

“It’s just a synthesis of a lot of research and ideas, some of which have been around for a long time.”

But, as Professor Jelinek points out, this type of approach to managing MS has still not been adopted into the mainstream, “largely because the supporting evidence is so disparate, being published over the last 30-40 years in a variety of journals crossing many different medical disciplines, including epidemiology, nutrition, endocrinology, immunology, psychology and neurology.”

“I suspect it took someone in my unique situation, an academic physician diagnosed with MS after watching my mother's deterioration, to provide the necessary impetus to bring all this disparate research together and realize that there was indeed something that could be done about the progression of this disease.”

While it’s true diet and lifestyle strategies are not as widely touted as medication is, 15 years after Professor Jelinek first formulated the OMS approach to MS management thousands of people around the world have adopted it — many of them seeing significant improvements in their health. Professor Jelinek himself has not had a relapse in all those years.

“We believe in a 'do whatever it takes' approach to improving your life with MS.” – Alex Twersky

Alex notes that there are many variables when it comes to how big an improvement people notice in their health, including what stage of the disease they’re in when they start on the program and what type of MS they have: “It’s not as easy as take this pill and call me in the morning.”

“But speaking in the aggregate, this approach has a scientifically proven, positive impact on people with MS.”

OMS hopes the healthcare community will become more aware of the diet and lifestyle elements of staying well after an MS diagnosis, and pass that knowledge on to their patients.

“They can at least encourage them to explore lifestyle based approaches like our as part of the research any patient would do when they receive a diagnosis of MS. That research should not be restricted just to, ‘OK, what drug can I take to modify the symptoms,’ it’s got to be a much wider spectrum approach.”

What are you the most proud of in your work with OMS?

It is not so much pride as enormous satisfaction that I get from the countless people with MS who have contacted me to let me know that their health and lives have improved dramatically.

That said, OMS encourages people to take medications as prescribed — the lifestyle approach they advocate is not intended to replace other medical care.

“We’re not anti-pharma, we don’t tell people not to take medication, we believe in a do whatever it takes approach to improving your life with MS,” Alex says.

“We want the research and the results ... to speak for themselves.” – Alex Twersky

They do, however, make a point of not accepting any funding from pharmaceutical companies.

“If we’re going to remain an independent voice we really can’t take funding from any interest group, whether it’s a pharmaceutical company or anyone else, that has their own approach or agenda.

“We want the research and the results ... to speak for themselves, we don’t want them to be clouded by any other kind of overlapping relationships that may cast a shadow over that.”

Learn more about OMS and the Recovery Program on their website, as well as how you can participate in fundraising efforts and join in the discussion on the community forum.

If you are passionate about the OMS program and want to spread the word, consider becoming an OMS Ambassador.

When you have a chronic illness, feeling like you’re part of a community and knowing that you’re not alone in your day-to-day struggles is important.

Some voices in this community stand out as pillars of strength, always there to listen and offer words of understanding and encouragement. Their realistic but positive outlook has a way of empowering others.

NewLifeOutlook’s Community Voices project is our way of recognizing these people — and we need your help to do it.

If there’s a blogger, a tweeter, a YouTuber, a Facebook group creator or a forum moderator who inspires you to persevere in the face of chronic pain, fatigue and brain fog, we want to know about it — nominate them by contacting info@newlifeoutlook.com