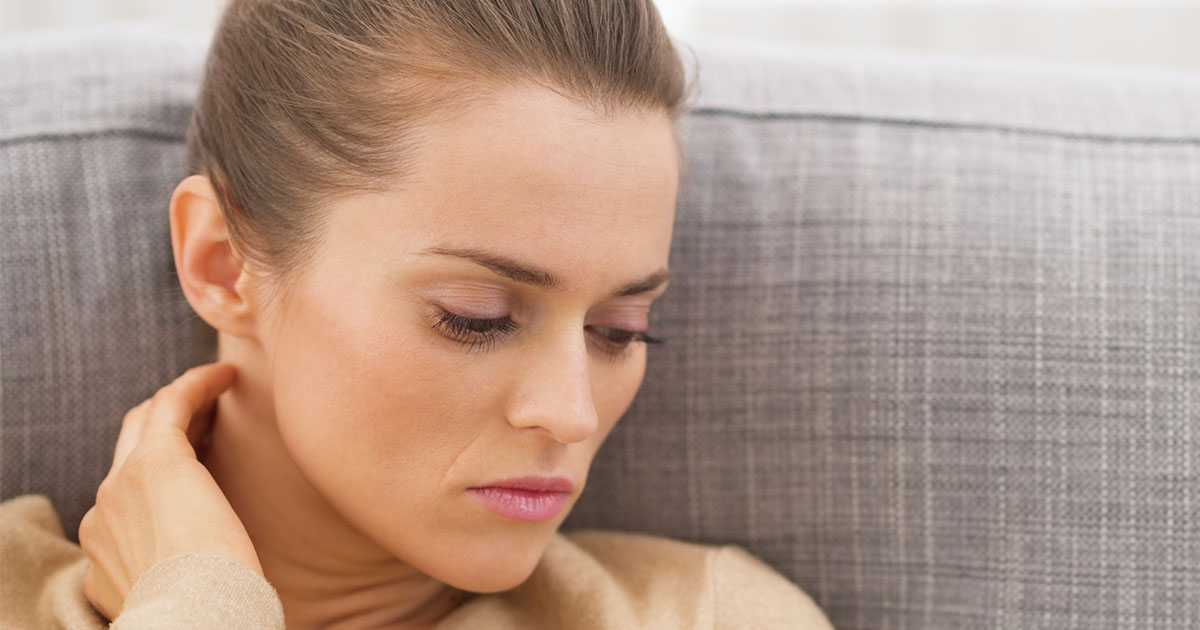 With a disease that affects every sufferer so differently, how can we even positively identify what a “less common” symptoms is? Is a less common symptom something that most MSers don’t experience, or is it something that lots of MSers experience less frequently?

There are also lots of symptoms that MSers ask their neurologists about only to be answered by a baffled shrug and a denial that the symptom described can possibly be related to MS at all.
Let’s look at the less common symptoms more closely and think about these questions.

Speech problems such as loss of volume (dysphonia) and slurring (dysarthria) occur in 25–40% of people with MS. These problems can occur particularly in the later stages of the disease or during periods of fatigue.

I don’t get these symptoms very often, but I do experience them. For me they are triggered when I have a combination of physical and cognitive fatigue. When I’ve been at work all day, for example, I can feel a strange tingling in my lips and mouth which make physically forming the words more difficult.

I can also have problems finding the right words or forming a sentence in my head if I feel cognitive fatigue. I find myself staring at my children or husband when they’ve asked me something, unable to register what they’re saying and form an intelligent response!

Luckily these symptoms don’t last long and rest is the best way to reboot my brain and become articulate again. The loss of speech terrifies me as I’ve always been a talker — my dad used to say they’ll need to beat my voice box to death with a stick after I die, but that’s another story!

Also called dysphagia, these problems are caused by damage to the numerous nerves that control the throat and mouth. This is another lesser-known symptom that I’ve experienced, but not very often and not for very long. I remember experiencing this before I was diagnosed and not knowing what on earth was going on. Usually when I try to swallow the second time it’s OK, but I imagine this would be terrifying if it was a permanent symptom.

This can occur in any part of the body and can be experienced as uncontrollable shaking. It happens due to damaged areas along the complex pathways that control how we coordinate tiny movements.
I’ve started getting this lately when I put my left foot on the footrest of my scooter. My foot shudders for a few moments and then is still. It can be alarming and makes me self-conscious when people notice.

Respiration problems occur when chest muscles have been severely weakened by damage to the nerves that control the muscles. I’ve never been affected by breathing problems as they tend to occur at the very late stages of progressive MS. Luckily no two people are the same, and severe forms of MS are much less common than the milder forms of the disease.

When I asked the members of MSpals on Facebook about less common symptoms, many of them mentioned itching. Pruritus or itching is one of the abnormal sensations like pins and needles or burning that many MSers experience. One MSpal described a patch of skin on her arm that itches so badly it’s woken her up in the night. Her neurologist told her it wasn’t an MS symptom so maybe it's not common enough for medical professionals to know about.

You May Also Like:What Is the MS Hug and How Do You Treat It?
Related Search Topics (Ads):

I had a relapse a number of years ago that resulted in not being able to hear at all in my left ear. It improved as I recovered from the relapse but I still can’t answer the phone using that ear and find it hard to follow a conversation if someone is on that side.

Only 6% of people with MS report changes in their hearing, so it’s no wonder the doctors were baffled when I complained about it at the time. I’m used to it now and it’s just one of the many invisible disabilities people with MS experience.

So, out of the six less common MS symptoms listed above, I’ve experienced four of them, and not all the time. It would appear that they are less common in frequency with me and occur usually when I’m fatigued or under stress.

Many MSers report that neurologists deny some of the less common symptoms are related to their MS and this may just be because they haven’t heard of them due to their rarity. In a disease that affects everyone differently it’s not surprising that we all report different symptoms, but for those whose main problems are less common it must be isolating, especially when medical professionals deny the link to MS.