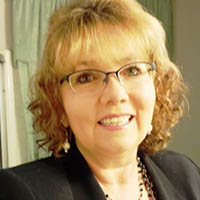 Back in 1998, I started falling all the time. I would roll my ankle and go down hard. A couple of times I thought I had broken my ankle because it was all swollen, black and blue, and I couldn't put any weight on it.

I would always end up in the ER. They would take X-rays, see it wasn't broken, wrap it up, and send me home.

I knew something was wrong because I also couldn't feel my leg from my knee down. I would sit with a straight pin and just stick it in my right leg, below the knee, and let the blood trickle down to my ankle just to prove to people that I had no feeling in it.

Finally, I got a referral to a doctor that did a nerve conduction study on my leg because I kept telling them it was numb below the knee. It just didn't seem like anyone was taking me seriously for some reason.

He then told me that my peroneal nerve (the nerve behind your knee that runs down the leg) was damaged from crossing my legs all the time and he fitted me with a brace, told me to wear it for awhile and to quit crossing my legs, and sent me on my way. My leg began to feel better, so I eventually threw the brace away and never went back to him.

Around that time I was also having a lot of blurred vision. I did crossword puzzles a lot so when I couldn't see to read, with or without my glasses, I started getting worried and thinking I had a brain tumor or something because everything would go blurry. I finally chalked it up as tired eyes, and since it would come and go, I never had it checked out and it finally just went away.

Jump ahead to 2004 and although through those years, I was clumsy and still fell a lot, but I was doing okay until I started having chronic pain in my right shoulder. I had moved to Tennessee in 1999, so I had a new family doctor. She eventually sent me to see an orthopedic doctor because she had no idea what could be causing the pain.

The orthopedic doctor took X-rays and ordered an MRI of my shoulder. Nothing showed up so he sent me to a neurologist to see if it was a nerve problem and so they could run more extensive tests on me.

The MRI of my spine and found a "lesion" on my cervical spine at the C-1 vertebrae. That caused him enough concern to order a spinal tap (or lumbar puncture) to test me for MS. It came back "inconclusive."

Now we're talking all these doctors appointments and tests were done over months and months and I'm still having chronic pain. The neurologist said he "suspected" multiple sclerosis but had to rule out several other causes for that lesion, like AIDS, Lyme's disease, lupus, and any other autoimmune diseases. I thought to myself, "You can 'suspect' all you want but I don't have something like that!"

He did a lot of blood tests, more nerve conduction studies, and ordered an MRI of my brain. That MRI came back with 10 lesions on my brain. After all the other diseases were ruled out, this neurologist said he was 99.9% sure I had MS but he just couldn't give me a 100% diagnosis because of some of my other test results (the lumbar puncture being inconclusive was the big one.)

So, he referred me to his "mentor" and said if anyone could give me a 100% diagnosis it would be him, because he was the head neurologist of the MS Clinic at Vanderbilt University. Finally, after a year of messing around with expensive tests and medical appointments, I was going to get some answers! I still wasn't convinced I had MS though, as I was in complete denial.

"Dr. S." was awesome. He took such a thorough background of my medical history, that when I got to the part about my numb leg, my so-called "nerve damage behind my knee from crossing my legs," along with the foot-drop and blurred vision, I thought he was going to get up and scream at me "YOU WERE MISDIAGNOSED!"

He basically said they had to be the worst neurologists in Indiana not to recognize those symptoms as possible MS. He said that was probably my very first MS episode. I was beginning to believe that it may be actually possible I had MS, but I was still very much wanting to stay in denial for longest time.

The only way to stay ahead of this disease is to be mentally tougher than it is.

Unless someone has to deal with the effects of this disease, they really don't understand what it does to a person, mentally, emotionally and physically. My problem is that I am a very outgoing and fun person so my friends and family don't see me as having a disease most the time.

If I'm really hurting and miss work or something, someone will ask how I'm doing, but no one, not even my family, know what I live with on a day-to-day basis. They forget I have a disease until I fall or something, and we all laugh at my clumsiness, but I think they would rather see me as "normal" other than someone who is suffering sometimes.

I believe it is because they are in denial, like I was. You never want to think about your loved one as having a serious health issue.

Also, I think I have a hard time of explaining to people what this crazy disease is about. The only people that really kind of get it, other than other MS patients, are the ones who suffer from fibromyalgia. They know what bad days are really like.

I'm grateful to be blessed with some good friends and a loving family, but they don't really understand or have even researched the disease and what it does to a person. I think it's one of those "walk (or fall) in my shoes" kind of things.

I have had some people get upset with me when I have to cancel plans. Most end up accepting the fact that I do have bad days and I can't help it. I figure the ones who don't really care about me will weed themselves out eventually and that friendship will just kind of fade away.

I really have no one to help me when I do get down because I'm so strong most the time. My loved ones and friends don't understand sometimes or even recognize when I'm really having a hard time or a really bad day.

I guess it's the disadvantages of trying to act like I'm okay all the time. I do my share of praying but never ask much for myself. I just do what I have to do and keep going.

I do have to admit I have a friend or two who love me dearly and can look at me and tell I'm not myself that day and give me a caring, reassuring look or kind words to let me know they "see" me and can sense that I'm not feeling well.

I've convinced myself that I'll never be in a long-term relationship at this point in my life, as I wouldn't want to put anyone in the possible caregiver scenario. My kids just don't get it sometimes and they have their own lives, so it is really about me just living my life to the best of my ability and enjoy doing what I can do, until there comes a point I can't do things I want to do.

After treating me with several drugs, we got my pain under control and he told me, much to my disappointment, that I definitely did have multiple sclerosis. Denial time was over — it was time to consider my options.

I went and saw him about every six months for check-up/follow-up until it got obvious that my symptoms were worsening and I would need to try one of the drugs for relapsing remitting MS.

I've tried a couple different treatments since then, from the daily injections to the twice a day pills, which lower your immune system and wreak havoc on your whole body. I don't like the treatment plans due to the horrible side effects and will probably eventually just take my chances with the disease, but for now I take my poison and hope it helps.

I realized I would not get anywhere with the "poor me" attitude. I have to have a positive mindset or I'd be totally miserable.

The only way to stay ahead of this disease is to be mentally tougher than it is. If I cannot force myself to get up, get dressed, and go on with my life every day, I am going to be disabled and handicapped a lot quicker than if I just stand up and fight the bully that MS is.

I know in my heart I will probably end up being less mobile someday, but by the grace of God, as long as I can function and battle this disease like the MS warrior I am, I'm going to do it with a vengeance and a smile on my face and a prayer in my heart!

I think the worst thing I have struggled with having MS is the "MS hug." The first one I ever got, I went to the ER thinking I was having a heart attack. It wasn't until I had my second one that I had figured out what it was.

By then I had heard about it and did my research. It's good to be able to recognize when you're having one so you don't think you're dying like I did! It is because of the lesion being on my cervical spine that makes my "hugs" high up on my chest and very painful.

I am a legal secretary and also bass fish and have fished women's pro tournaments. 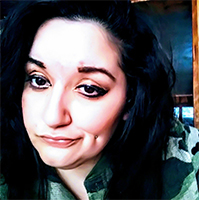 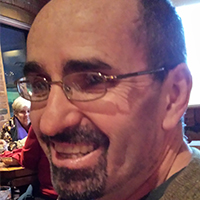 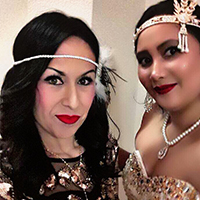