How Common Is Multiple Sclerosis and Hearing Loss? 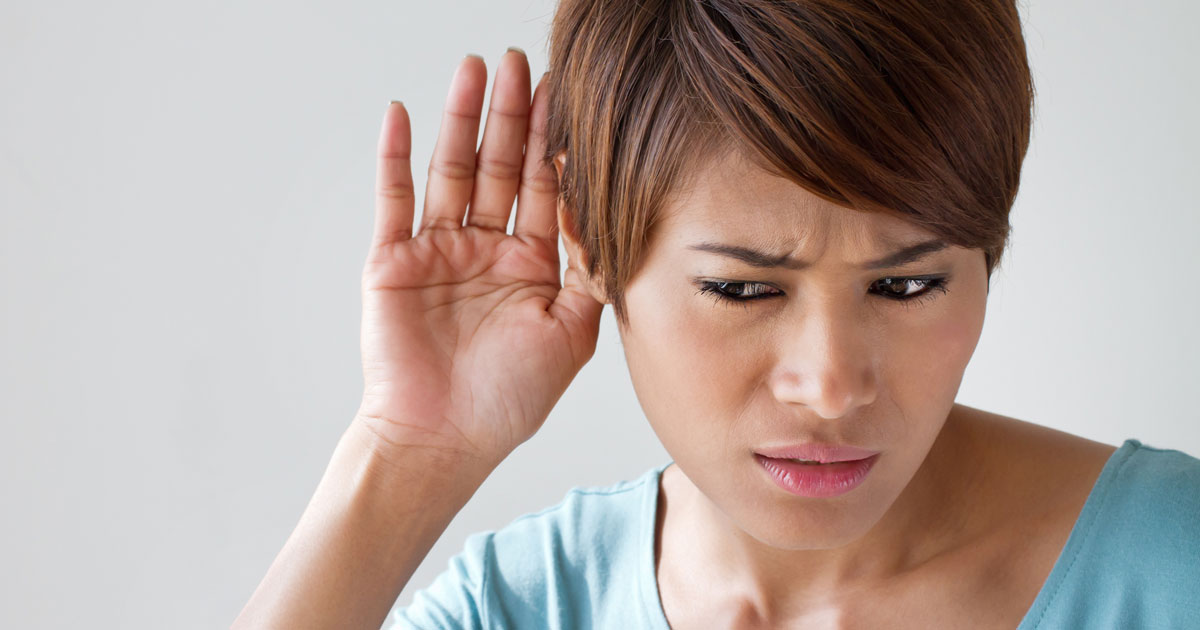 Does MS Cause Hearing Loss?

Hearing loss in multiple sclerosis (MS) appears to be one of the less common symptoms, apparently only affecting six percent of us.

According to the MS society in the UK, MS-related hearing problems are usually a short-term symptom. They might come on during a relapse, for example, and usually improve once the relapse is over.

I remember a particularly prolific time when I was first diagnosed with MS when I had relapse after relapse. I’d just had a baby and started a new job and all sorts of strange things happened to my body!

I realize now that the stress of so many life changes on top of the diagnosis probably triggered so many relapses, but at the time I was in denial and trying to get on with it.

Anyway, my right leg dragged along the floor, making it impossible to hide what was happening to me. Next, my right hand stopped working, making writing and typing more difficult.

Then I woke up one morning and was completely deaf in my left ear. It was similar to optic neuritis in that I could still hear, but the focus in the center was off.

As with many other symptoms of MS, it’s hard to explain unless you’ve experienced it. I could still hear out of my left ear, but couldn’t hear what someone was saying if I held the phone up to it, for example.

It did improve as I recovered from the MS flare, but I still don’t answer the phone with that ear and can’t have a conversation easily with someone sitting on that side.

I went to my doctor who had a look and seemed baffled by it. As usual, most doctors don’t understand MS unless they’re specialists, but it seemed logical to me that it was a relapse and I had residual damage caused by it.

Other Hearing Problems That Might Be Caused by MS

Very occasionally, people develop sudden hearing loss in one or both ears because of an MS relapse, which is what happened to me. If this happens, hearing will usually improve once the relapse is over, although some problems may remain.

The MS Society says MS-related hearing problems are usually caused by nerve damage in the brainstem — the part of your brain that joins to the spinal cord at the back of your head — or other areas of your brain that are involved in processing information from the ear.

As with any other symptom, the nerve damage caused by MS makes signals to the brain impaired. This has an impact on the affected area. MS can, and does, strike anywhere.

I asked my MS friends on Twitter if anyone has experienced hearing problems due to their MS, and lots of people got back to me saying they have hearing problems but never connected it to MS.

Is this because hearing problems are rare so people aren’t putting two and two together? Maybe it’s not as rare as we thought?

What Can You Do If You Experience Hearing Problems?

You should get it checked out, as there any many other causes that might affect both ears. There are also common conditions that usually just affect one ear and stop sound from getting through properly to the inner ear.

You May Also Like:How to Handle MS and the Flu
Related Search Topics:

These include a build-up of wax, damage to the eardrum (from poking something in your ear, for example) or inflammation or infection in the middle ear (just behind your eardrum). These conditions can usually be treated.

If it is a relapse, it can be treated as with other relapses. Steroids can be used to help symptoms clear up more quickly, but some people have major reactions to steroids and side effects can be difficult to live with.

I would only suggest taking steroids if you have time off work to properly rest and recuperate while the steroids do their thing. This is obviously easier said than done, but I would think about the best time to take them.

Resting will also help to recover from any relapses more quickly. Trying to carry on while having a relapse only increases the stress and difficulty you feel and may trigger more relapses.

I think this is why I had so many relapses after my diagnosis — impaired hearing in my left ear is just one of the little reminders I live with to take things easy!