MS Medication Side Effects to Watch out For 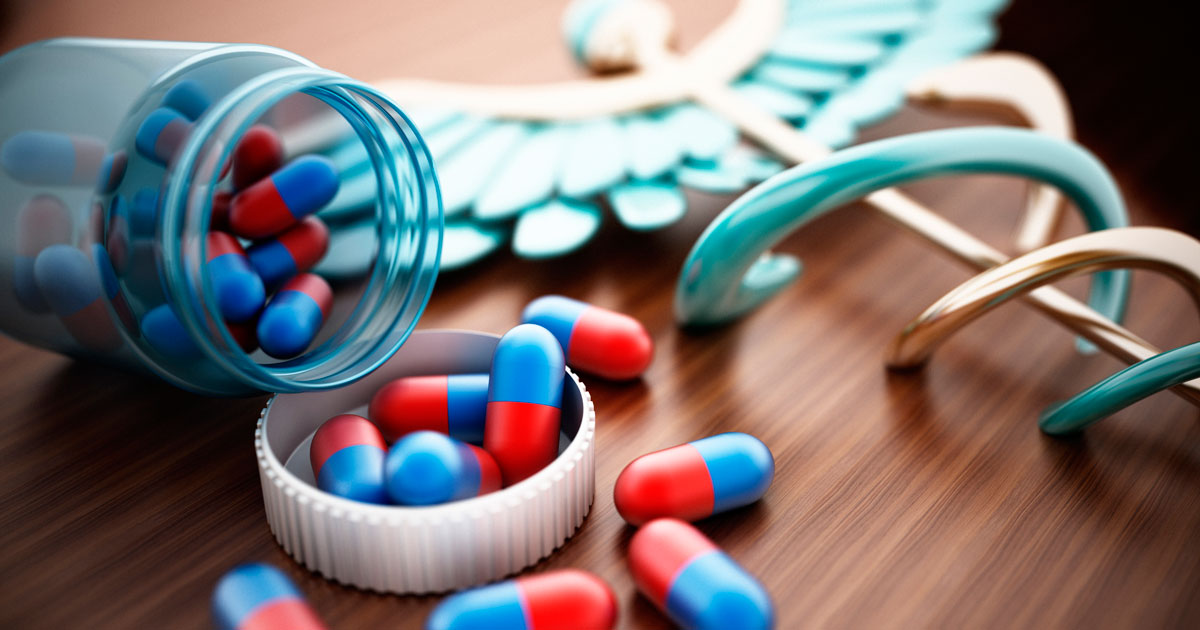 MS Medications and Their Side Effects

The problem with having a disease, especially a chronic disease, is that you don’t struggle with just the disease — you are also facing the treatment for it.

Being diagnosed with multiple sclerosis (MS) is hard. We have to face the uncertainties of MS in itself while also managing side effects of incredibly potent and, oftentimes, risky medications.

It is not a wonder why there are many people who have been diagnosed that forgo the use of disease-modifying therapies altogether. I can understand the struggle — however, it is possible to live a full and healthy life with MS, and it is more likely when you take your medicine.

Fortunately, we have many more options than we did a few years ago. Let’s take a look and sort out all the good and the bad that can come from whatever path you choose.

In the beginning, there was nothing — well until sometime in the 90s when Copaxone (glatiramer acetate) came out onto the market. Copaxone is an injectable medication that has shown to reduce relapse rates, but has not shown a reduction in clinical disability over time.

The side effects of Copaxone are:

Copaxone was the first on the market for MS and unfortunately carries a large amount of side effects with less effectiveness. There is now a generic form on the market that is called Glatopa, which is a 20mg dose of glatiramer acetate.

The next drugs to come to market were the interferons. This group also comes in the injectable form. The variance of these medications is usually a matter of choosing a different size dosage that can fit your lifestyle.

The side effects that come along with these meds are all about the same no matter which you choose. The difference is the side effects will stretch for different lengths of time based upon the dosage size and intervals that are set for your given medicine.

The side effects for interferons are:

Most people will feel like they have the flu and get an injection site reaction. The more severe side effects are unlikely; nevertheless, with these and any other drugs, the risks must be taken into consideration.

Interferons have been around for many years now. There are many choices for people to find an interferon that can fit into their lifestyle.

Also, interferons are more effective than Copaxone in reducing both relapse rates and clinical disease progression.

You May Also Like:Chemotherapy for MS Treatment: What You Need to Know
See Also:

Zinbryta (daclizumab) is another injectable, administered once a month. However, this medication is more risky and is saved for people who have tried two or more other medications without avail.

The potential side effects of Zinbryta are:

Injectable medicines have more than their fair share of side effects, and for a long time that was all we had to choose from.

Then there is Aubagio. This is a medicine I don’t have any personal experience with, and it’s fairly new on the market.

It is effective in modifying the disease course of MS and the side effects don't seem to be that scary.

The possible side effects for Aubagio are:

When I was diagnosed in 2007 there were four medications to choose from; all of them were either the interferons or Copaxone, and they were terrifying to commit too. It took me almost two years and a failed clinical trial before I finally committed to Rebif.

I will tell you straight off, I never thought I could get used to giving myself a shot three times a week. Eventually, even I got used to it.

I am one of those people who never used the auto injector and, for the most part, Rebif was good to me.

My side effects became predictable. I would get flu symptoms on the nights of my injection and I remained relapse-free for the five years I was on it.

After those five years passed, I started thinking about all of the oral medications that were emerging. A few conversations with some friends who had tried the pills pushed my curiosity into a decision to transition from Rebif and onto Tecfidera.

Tecfidera is a newer medicine that’s about as effective as interferons. The main benefit is that there are fewer normal side effects for most people, and you have the bonus of not having to worry about needle fatigue and bruising!

The side effects of Tecfidera are:

My friend takes Tecfidera and loves it — her side effects are minimal.

My personal experience with Tecfidera was not fun. I was on the medication for two years, and I had extreme flushing and severe stomach pain, twice a day, every day while I was taking it.

Also, the medicine is new, so other side effects might emerge as time passes. I found that Tecfidera seemed to greatly affect my menstrual cycle and hormone regulation.

The first month after I began the medicine, and for the first time in my life, my period changed. My flow became very heavy at first, but over the course of the 24 months, my period dwindled to nothing — and my sex drive went right along with it.

After two years of force-feeding myself in hopes of not turning into an Oompa Loompa twice a day, 20 pounds of extra body weight from said eating, a menstrual cycle and a sex drive that had all but completely disappeared, I quit!

That was in December, and since then my body has slowly crept back to normal. Never again Tecfidera! Like I said, some people love it — I do not.

You May Also Like:Chiropractic for MS
See Also:

Finally, I bring you to Gilenya — my favorite pill on the market. It is highly effective in preventing MS progression.

I was on this medication from January until April of this year. Unfortunately for me, my body reacted too well to it and I was forced to stop taking it — more on this in a minute.

Gilenya felt like I was taking nothing. Seriously, I would take the pill with my morning breakfast and then I would go on with my day.

I often forgot I even had MS while I was on this med — it was great!

However, I am one of the unlucky ones who had a major white blood cell depletion. I was down to a point where my doctor took me off of it the morning after my blood test and forced me to stay inside my house (and away from lovely germs and viruses) for a week.

The potential side effects of Gilenya are:

More medicines are on the horizon, and many of them will have a better safety profile and will be even more effective and user friendly.

I know, the risks are high. There are tough choices that need to be made and we are left having to literally pick our poisons.

I do not believe it will always be this way. I do believe there are many, many wonderful opportunities on the horizon. There are choices and there is hope. Stay strong, my people!