Preparing for Menopause with Multiple Sclerosis 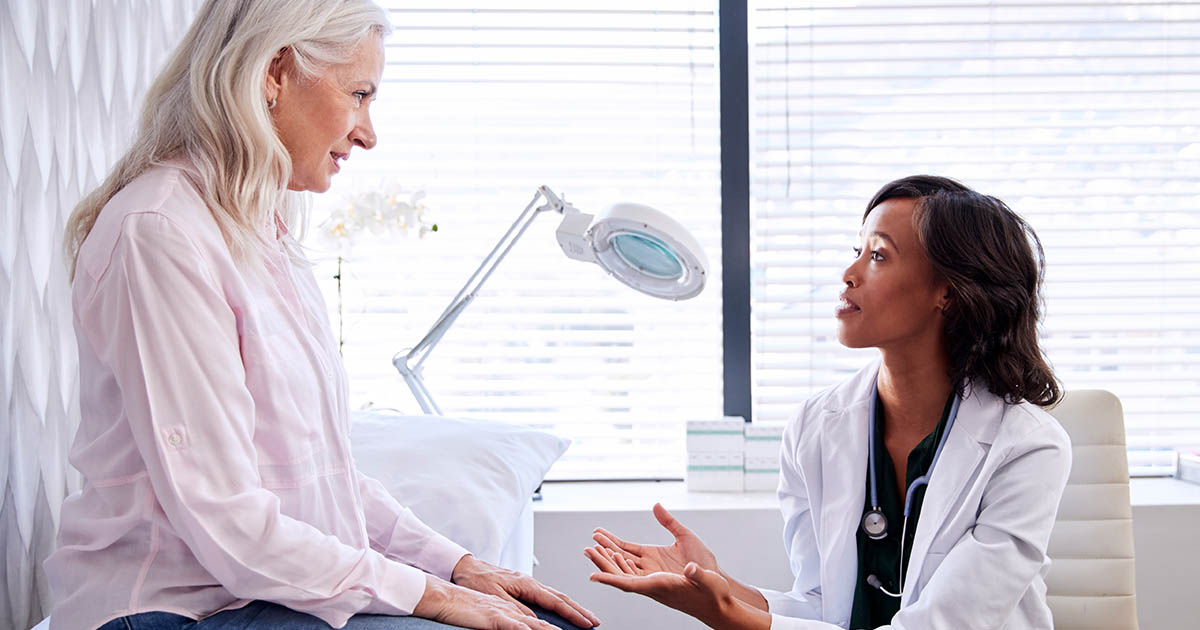 As an experienced MSer, I made the connection between hormone fluctuations and Multiple Sclerosis (MS) many years ago.

I noticed how my symptoms would worsen a week before my period was due and would, miraculously, improve a day or two after it showed up. To combat this, I had a coil fitted, which regulated the roller coaster hormones and made my periods practically disappear.

It stands to reason then that menopause would also have a drastic impact on MS, so I wonder why this is neither widely discussed or clearly understood?

MS affects far more women than men, and menopause is an inevitable part of life, so we need to be prepared for what havoc it could cause!

Menopause is a natural part of aging and usually occurs in women between the ages of 45 and 55. A woman’s estrogen levels gradually decrease, and the ovaries stop producing eggs, resulting in periods eventually stopping.

This decrease in estrogen levels will produce various symptoms, which will vary in severity from woman to woman. Some symptoms include the following;

I had a fall yesterday and woke up tearful and blue this morning, for example. Aren’t mood swings a normal part of living with MS? I have terrible trouble with memory and concentration, especially when cognitive fatigue kicks in!

Many women I spoke to on social media describe not even noticing the menopause due to its similarity with MS. Is this really because the symptoms are similar or because women with MS have to be stronger and more resilient than the average woman? Are we all just armor-plated MS warriors?

Some studies suggest menopause makes symptoms worse, however, so how can we protect ourselves?

I went to my doctor recently to ask about HRT because I was so worried about the impact of the menopause on my MS. I’m 44 years old, so the doctor thought I was a bit young to be experiencing menopause symptoms, but she listened to my concerns.

I’d written a list of my concerns, so I didn’t forget anything. The main changes I’d noticed were the worsening of mood swings and increased anxiety. I would sometimes be depressed for several days and would find it hard to drag myself out of it. I’ve never suffered from anxiety before but noticed feelings of fear and anxiety getting worse, particularly at work.

Depression and anxiety can increase feelings of isolation and despair and MSers and more likely to feel like this. So, anything that can improve how we feel has to be a bonus.

She prescribed HRT patches that I change twice a week, but HRT can also come in tablet form or skin gels.

Pros and Cons of HRT

As with all medicines, there are possible side effects when taking HRT. These include the following;

You May Also Like:8 Examples of What Not to Say to Someone with MS
Related Search Topics (Ads):

Not everyone will have any side effects, and I haven’t noticed any so far but am monitoring it closely.

One of the main benefits of HRT is how it protects against osteoporosis, which is a reduction in bone density. Osteoporosis runs in my family, and my mum recently took part in a research project in London. She learned that high impact exercise, such as running or dancing, can help improve bone density and reduce the risk of fractures. She dances a few times a week and is a member of a walking group. My auntie, who also has osteoporosis, runs triathlons aged 69!

Osteoporosis is a terrifying prospect for women with MS. Many of us can’t even stand up very well, so running and dancing is a distant memory! We’re also more prone to falls than the average woman, so we’re more at risk of breaks and fractures. This is the main reason why I take HRT and consider the benefits far outweigh the side effects.
Other benefits include a reduction in menopause symptoms mentioned above, and many women report that HRT has been a lifesaver.

It’s early days for me as I’ve only been taking HRT for around five weeks, but I’ve noticed an improvement in my mood.

There are also natural alternatives to HRT, which include changes in diet and eating more foods that contain phytoestrogens. Exercise is recommended, so find something you can do and incorporate it into your routine.

If you’re concerned about menopause, I would recommend keeping a diary of symptoms and making a list to present to your doctor. Be pro-active and seek medical advice before it has an impact on your MS.