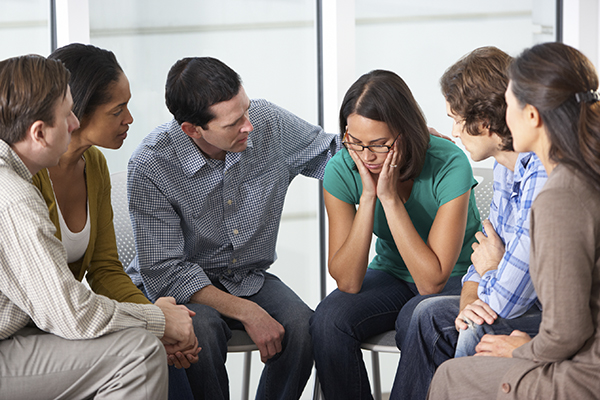 Connecting with the MS Community

When I was first diagnosed with multiple sclerosis, everyone would tell me about the one person they knew who had MS. I thought this was strange because, at the time, I too only knew one person with MS.

I always felt strange because this happenstance made me the second person that everyone I knew and everyone would immediately begin telling me what I should expect to experience or how I should behave. After all, they already knew one person with this disease! And yes, it got annoying really quickly.

I am sure that it was at least partly due to all that meddling and comparing that I decided, early on, to isolate myself from the MS community. I really wanted to distance myself as much as possible. I didn’t like the pressure and the anxiety that came with having this disease. I felt branded when people would suggest that I go to MS groups, as though I was shoved into a community that I didn’t want to be in and now people expected me to walk in and introduce myself.  I felt like there was some kind of schedule or script that I should have been following and joining a group was the next step in the process of having a disease.

I am not a group type of person, and the thing about being diagnosed with a chronic illness; it doesn’t change who you are, not really. I woke up and I was the same person the day after I was diagnosed that I was all of the mornings preceding it.

I am an incredibly social person, but I am not a person who enjoys being in organized groups. Those types of situations always seem so manufactured and false to me that I struggle with acting genuine while I am participating. I always feel like I am supposed to be filling some sort of role and not acting as I am. The long and short of it is, I was never going to go to a group discussion about MS. Trust me, I totally understand the irony of all of this. I do write for an MS forum after all!

A Change of Heart

What changed my mind? That is a tricky thing to answer, but I believe it can be explained through time and experience. I spent several years turning my back on this disease. I had felt that I just needed to go through the motions of treatments and medications and forge on forward. I believed that the world would blend in on the edges, as it should, and that everything would be fine. And ‘fine’ it was. I was able to move on with my life. I was able to find my way through on my own and within my family. I am a strong person and I was doing fine.

You May Also Like:Getting a Fresh Start With MS
Related Search Topics (Ads):

Years passed and it was during a visit with Dr. Repovic, my neurologist at the Swedish Medical Center in Seattle, WA that I began to change my mind. My six-month check up was wonderful and quick which left the two of us with plenty of time for small talk during the appointment.

We were discussing my day-to-day activities and I had mentioned that I was thinking of going back to work, but I didn’t know where I would like to go. Dr. Repovic had immediately suggested that I work there, helping other people with MS. I was surprised and deeply moved. I had spent so many years turning away from the community that it had never really dawned on me that I might be able to help. I walked away from the job offer, but I took his words with me.

Within a couple of months, a childhood friend and a relative were both diagnosed with MS. I was so saddened that they were being forced to join this fateful club. I thought about them often and I struggled with knowing if I should approach them, and how. Eventually, I reached out and spoke to them. It was important to me that they did not feel as alone as I had felt when I was diagnosed.

Next page: a feeling that hits close to home.