Ideas for Adapting Your Home to be More MS-Friendly 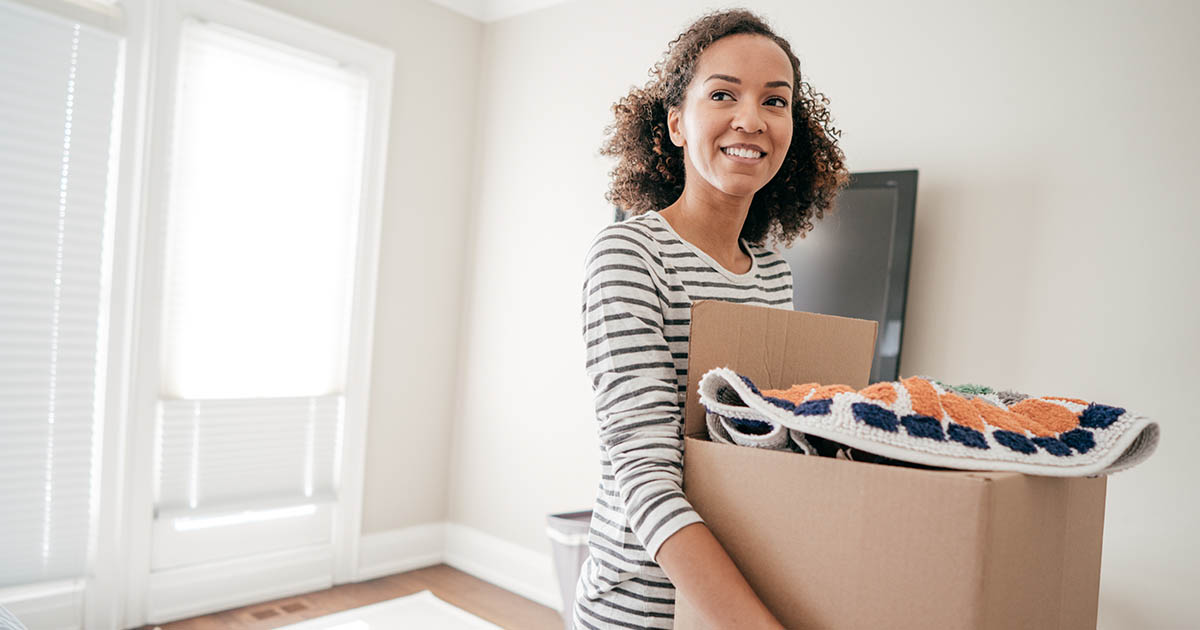 Two years after being diagnosed with chronic/progressive MS we were able to buy our first home. At the time I was more mobile. I was able to be more involved with the whole process.

I distinctly remember walking through the house for the first time. MS made walking difficult but I was still able to do it. The difficulty was multiplied by the fact that there was so much food ground into the carpet that it stuck to my foot as I walked. It actually lifted with each step.

As bad as it was, we knew that we had no choice but to make an offer. I was a stay-at-home mom. I hadn’t contributed financially for years. Before we finalized the sale we had a home inspector check the house. The home inspector labeled it “non-habitable."

My husband and friends worked very hard to make it safe and usable for our young family. We actually had a working heater! It was a small 50+ year old home, but we were happy to have it. It seemed perfect for us at that time.

For a few years I was able to get around slowly and carefully. I clearly remember one day walking cross the living room from the hall door without touching anything, on my way to sit on the couch. I didn't even think about it. I realized what I was doing when I was about 3 feet from the couch. I slowly sank to my knees. I looked around and saw my husband looking at me, wide-eyed, in amazement and grinning from ear to ear. That is the only time I have ever done that.

During those early years I was able to go into the garage and do the laundry, cook meals, clean the kitchen, help the kids with homework and even drive them three blocks to school. As my reaction times slowed, I decided that for the safety of my children and other drivers the time had come to give up driving. It was an easy decision. My husband had a job teaching in a private school. Our children transferred into that school. He was their transportation. I was left home alone.

You May Also Like:Learning Lessons About MS
See Also:

By the time our son was a junior in high school he was a gifted clarinetist; he was accepted to play in the North American Wind Ensemble. He had recorded and sent an audition tape to New York City. They only accepted 76 college and high school students nationwide. He'd had only four months of lessons. I was home alone when I got the call from New York. I remember my legs burning with excitement. It almost took my breath away. Our 17-year-old son had been invited to play at Carnegie Hall!

After a few weeks of preparation, my family left for the exciting trip. Due to the limitations of my illness I wasn't able to go. I remember crying after they left. I was disappointed. I was also petrified at the thought of being alone for four days. With the help of my parents and a few friends, I was fine, buy it was a very slow, frightening few days.

They made it home safely and I got to experience their trip secondhand. They told me about walking by the World Trade Center. They did that in the May before 9/11. Just hearing about it hit a little too close to home for me. Once again my legs burned. My family could have been involved if the timing had been different.

Years later we inherited after my in-laws passed away. Without a thought we paid off our house. By that time my world was limited to the bedroom/bathroom part of the house. We decided to make a change so that I could once again be an active member of the family. We sat down at the computer and figured out a floor plan for an addition. My husband worked with an architect, contractor and the county in order to make it ADA compliant. It opened up the entire back of the house.

It opened up my world again. It was expensive but absolutely necessary.

Once again there is a humorous side to it. My husband had entered a contest on the radio without telling me. While everyone was gone at school one day I got a phone call from the radio station. Remember… I didn't even know about the contest. The call was from one of the managers at the radio station. He told me excitedly that we had won the grand prize.

I hesitantly asked what we had won. His answer surprised me to say the very least – we had won a remote-controlled, thermostatically controlled Swedish toilet seat! It even rinsed you and blew you dry.

You May Also Like:Keeping Positive With MS
See Also:

My husband installed it in the half-bath off the family room. He would walk from wherever he was in the house or the yard just to use that silly toilet. Frankly, I didn't share his enthusiasm. We had groups of kids from our church over occasionally. They visited that bathroom in groups of three and four and came out laughing every time.

For your information, we no longer have that toilet seat. My husband exited the bathroom one day with a very quizzical look on his face. After he stood up, the silly thing had squirted the wall in front of it. It seemed to have developed a mind of its own. We felt like we would wake up in the middle of the night and there it would be staring at us. It was time for it to go!

Since then we've also purchased a very necessary mobility van with a ramp. I can now stay in my chair from the time I’m transferred into it until the time we get home. It, too, is an expensive item but it's worth every penny.

We bought our miscellaneous medical supplies and roll-in shower from Live Well Medical, and the mobility van from Mobility Works.

Read MS Home Adaptations for tips on adapting your home for MS to keep you safe and mobile.