Why Multiple Sclerosis Makes You Fatigued 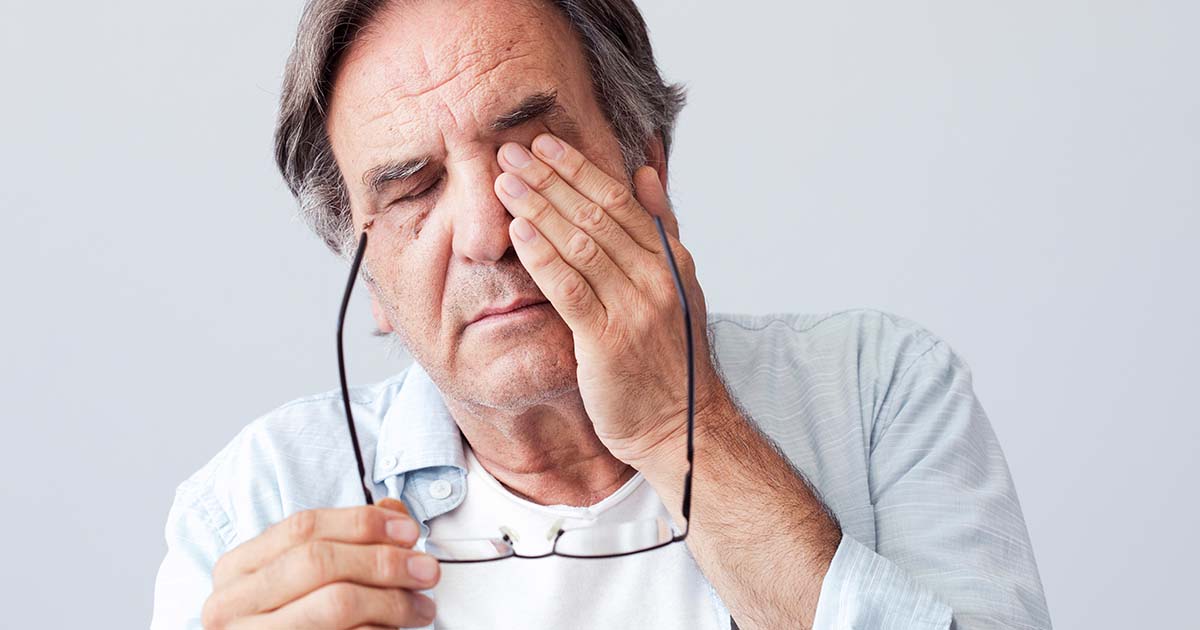 Fatigue is one of the most common and persistent symptoms of multiple sclerosis (MS). Whatever type of MS you have you will certainly suffer from fatigue at some point or another.

Fatigue is one of the most common symptoms of MS, reported affecting around 80 percent of MS sufferers. It is also reported by 40-60 percent of people with MS as their worst symptom, and it is the major reason why people give up work.

MS fatigue is also one of the most challenging symptoms for friends and family to understand, as it’s not visible and people think they can relate to it, mistaking it for tiredness. Well-meaning people say to me, “Oh, I get tired too, we all do!” I smile in agreement, but I get tired too and know the difference!

I’ve written a lot about fatigue in MS over the years as it’s one of the most common and debilitating symptoms we can suffer from. I have a friend with MS who had to give up work as she found herself hiding in the restrooms, unable to function as the fatigue got so bad.

I’d always thought of myself as lazy and was told often enough by those around me to get up and get on with things, but now I wonder where laziness ends, and fatigue begins? I wonder if the laziness I felt in my late teens and early twenties was just a manifestation of MS fatigue that I didn’t recognize as a symptom.

Many people equate fatigue to being tired, mainly because this is the closest human condition non-MSers can relate to. When I’m suffering from fatigue, I certainly feel tired, but there’s more to it than that and I find it helpful to break it down into different parts of the body and examine the impact it can have on each part.

Cognitive fatigue or “Cog Fog” feels to me like cotton wool has replaced different key parts of my brain. I can have trouble holding a thought in my head or thinking a thought through. It’s like when a computer is working slowly, and I find things like cooking difficult when I feel like this.

Planning when to put different elements of a meal into the oven or microwave, so it all comes together at the same time seems like an impossible task, and I find I have to walk through it slowly in my head a few times till I imagine how it will work out.

I also find conversation challenging during an episode of Cog Fog. It’s like my brain hits the pause button mid flow and I find myself staring blankly at people before it resets itself and I can continue. This is often imperceptible to others, but I can feel it happening, and it’s frustrating.

Speech problems can also occur where my mouth feels heavy and getting words out can be difficult. Finding even the simplest correct word can also be a struggle.

I always have pins and needles in my hands, so I find things like typing get harder if I try and do it for too long. This isn’t quite the same as fatigue though as I can experience fatigue even when I haven’t done anything with my hands at all.

I was on the couch the other day as I felt particularly fatigued and I wanted to check my phone. I found that the simple task of lifting the phone to my face was so difficult. It was like the phone was too heavy or my arm was too weak to lift it.

I’ve also felt this when eating before; lifting the cutlery to my mouth took so much effort it almost wasn’t worth eating.

You May Also Like:How to Deal with Constipation When You Have MS
See Also:

On a good day, I can stand for quite a while and find transferring from a chair to my mobility scooter fairly easy. When I’m feeling fatigued, it’s like my legs won’t hold my weight up, and I may as well weigh 1000 pounds.

I had this problem at work when fatigue descended during the day. I was in the disabled bathroom, and it took me six attempts, while grabbing onto the handrails, to stand long enough to do my trousers up! I was wearing skinny jeans, so I didn’t make it easy for myself, but I’d been able to manage it that morning without any problems!

Taking a shower is also virtually impossible at times like this, and I’ve spent many a day in sweatpants on the couch having not managed it before. This is ok at home but not a good look, or smell, for the office!

This occurs as a direct result of MS. The body slows down reaction times due to damage to the central nervous system, causing fatigue. This can take the form of “lassitude” which is an overwhelming sense of tiredness unrelated to the amount of activity, as in my attempt to sweep the floor, or how much sleep you've had.

Unlike regular fatigue that a healthy person may experience after a late night or a stressful week at work, lassitude is not alleviated by resting or getting more sleep. It can be mental or physical in nature, or both at the same time.

Many people with MS experience lassitude on a daily basis. Lassitude can:

A bout of lassitude can last an hour, a week, or even months, and often occurs as part of an MS relapse. Unfortunately, there is no way of predicting when it will strike or how long it will last.

Our bodies also “short-circuit” in small muscle groups due to damage following repetitive movements. As I write this my fingers are slipping on the keys as the muscle groups in my hands become fatigued. I often have to rest during writing for this reason but this aids the whole process so isn’t such a bad thing. It can get annoying at work when I have a report writing deadline though!

This isn’t caused by the disease process but by other related factors, such as:

For me, managing secondary factors goes a long way to reducing how fatigue impacts me.

The course I went on taught me about cognitive fatigue, too. Some participants described being unable to read a book as they were unable to remember the characters and follow the plot due to cognitive fatigue. I am lucky that my symptoms are largely physical, but often when it gets to the end of my working day, I struggle to take in what I’m reading and find holding a conversation more difficult.

This is why I work part-time and have chosen to work four days from 9.00 a.m. to 2.30 p.m. – I can just about manage this before my brain starts to heat up and steam starts coming out of my ears! On a serious note though, cognitive fatigue, also known as brain fog, can lead to feelings of being unable to cope, so we owe it to ourselves to learn about it and manage it to avoid a spiral of depression.

As we know, MS affects everyone differently so no two people will experience fatigue in the same way, but we need to ensure we have the best energy levels available and use it in the most efficient way.

You May Also Like:Coping With MS Spasticity
See Also:

If at-home methods don't help improve your lassitude symptoms, talk with your physician about alternative solutions that may work for you. Discuss the medications you are on and their side effects – you may be able to switch to something that doesn't worsen your fatigue.

It's also helpful to use the energy you do have efficiently, by:

For me, it’s all about lifestyle changes like eating well and resting a lot to avoid over exhaustion, but I’ve also had to learn to delegate and prioritize, which can be hard. I don’t make plans to go out after a busy day at work, for example, as I know it’ll be too much and I’ll suffer the following day.

I also delegate jobs to my husband (who’s amazing) and don’t allow myself to get upset about it. I take help when it’s offered, too. My mum often offers to pick up my daughter from nursery after I’ve been at work all day, so I don’t have to go out again which means I have enough energy to get dinner ready.

Fatigue and MS aren't my fault, and it’s helpful to remember that even though I can’t do everything anymore, I can still do some things – so as long as I do them well, it’s ok by me!